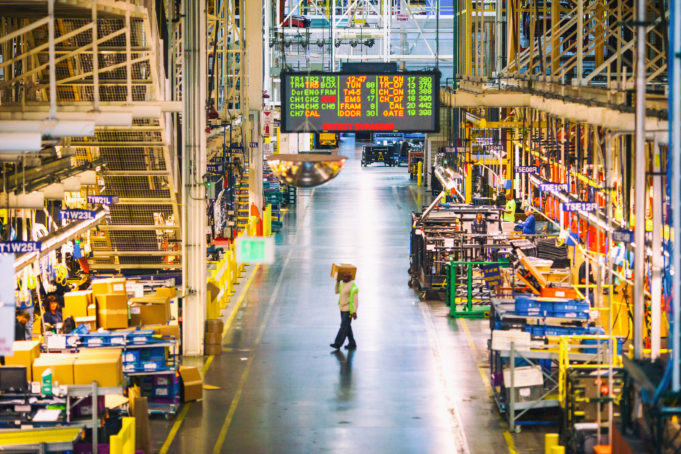 There is no argument that former President Barack Obama did not inherit a suffocating economy. Although the downturn of the Great Recession ended about six months into his first term in office, the U.S. economy continued to shed hundreds of thousands of jobs until the spring months of 2010. Nevertheless, things soon turned around after action from the U.S. government, which has led to approximately 192,000 jobs being created per month, on average, from March 2010 until September 2018.

The manufacturing sector was hit particularly hard during the biggest economic slump since the 1930s, with around 2.3 million jobs in the industry being lost between January 2008 and March 2010 – that’s 1 in 6.

While employment has bounced back during the decade-long recovery, with seasonally adjusted non-farm employment expanding 12 percent from March 2010 until January 2017, when Obama left the White House and Donald Trump stepped into the presidency, recovery in the manufacturing sector had languished. During the same recovery period, manufacturing employment grew only 7.7 percent with manufacturing payrolls virtually flat in the last 21 months of the Obama administration, according to Forbes.

How could we come to believe that “American Made” products would make a comeback? After all, we were told that this is the new normal – the service sector of the economy was the future of American jobs and livelihoods.

Not using a “magic wand” as Obama inferenced, but a sense of an “America First” manufacturing jobs agenda, President Trump assisted the U.S. economy to grow non-farm employment by 2.6 percent, with manufacturing employment growing by 3.1 percent during the first 21 months of his first term in office. This essentially reversed the trend cemented under Obama and proving that economic growth in the manufacturing sector is possible, and a lot of it.

Comparing both presidents, Obama in his last 21 months and Trump in his first 21 months, the “Make America Great Again” agenda pushed through 10 times the amount of job growth in the manufacturing sector than was previously done under “44.”

How could such a development occur? After all, we’re talking about Obama, a seasoned politician and a former leader of the free world compared to someone who has never held public office and is most versed in the real estate sector.

There are four prominent reasons why Trump has succeeded in bringing back American manufacturing, three of which deal directly with him, and one with former President Obama.

During the eight-year Obama Administration, a substantial amount of regulations were placed on the U.S. economy – stemming from the calamity of Wall Street that basically caused the Great Recession, but others that followed the president’s progressive reform package to alter the the place the U.S. holds in the world when it comes to manufacturing. While these are numerous, ranging from the Clean Energy Act to the implementation of the Affordable Healthcare Act (ACA), they ended up shoving the sector to its knees.

This stifled growth because business leaders were fearful of investing capital, not knowing if the federal regulations may change, drastically even, thus wiping out their expected returns on investment and proposed expansions.

To remedy this, Trump didn’t actually have to be sitting in the Oval Office. After an initial dip, the market indices surged after the expectations of additional regulatory burdens under a prospective President Hillary Clinton vanished. After Obama left office in January 2017, the Trump Administration embarked on a massive deregulatory agenda that exceeded expectations, with red tape being cut at a faster rate than achieved under President Ronald Reagan over three and a half decades earlier.

One other large contributor to the growth in manufacturing was the delivery of one of the most significant federal tax overhauls in American history. The Tax Cuts and Jobs Act included a significant cut to business taxes as well as a change to the treatment of overseas profits. The Republican-led legislation incentivized the repatriation of at least $300 billion in the first fiscal quarter of 2018, out of what the Federal Reserve estimates was $1 trillion in multinational profits held abroad.

The fourth issue at hand is the renegotiation of trade deals that will help domestic manufacturers. Some of the top issues in crafting a new deal to replace the 24-year-old North American Free Trade Agreement (NAFTA) were rules that specified a greater percentage of the content of automobiles come from the continent to qualify to be exempt from tariffs. Furthermore, the new rules would include stipulations of manufacturing more vehicle and auto parts by workers who make wages well above the average low rates in Mexico – where wages per hour in the manufacturing sector are even lower than in China.

Now, whether this manufacturing jobs boom will continue is now largely dependent on the Trump Administration’s handling of China, which currently has a quarter of a trillion dollars in duties levied on its products.

Some economists warn that Trump’s tariffs put America’s healthy economic expansion at risk, likening the situation to the aforementioned 1930s wherein President Herbert Hoover’s protectionist, tariff-filled Smoot-Hawley Act actually deepened and elongated the Great Depression and subsequently split the economic relationships of Western nations apart. Notwithstanding the historical tie, the Trump Administration’s defenders see tariffs not as an end to themselves, but as part of a wider effort to renegotiate the terms of trade with China, which includes rectifying the issues with widespread and systematic Chinese intellectual property theft and opaque non-tariff barriers.

Although past performances are no gilded guarantees, President Trump’s pro-growth policies have both confounded his critics’ predictions and emboldened manufacturing-based beneficiaries which have led to better outlooks for hard-working Americans.

The best hope is that Trump will adhere to his own advice spoken to world leaders at the most recent United Nations General Assembly in New York City, where he defended his trade fights with other countries and charged to world leaders that the U.S. will act in its “national interest” when it feels cheated. He exclaimed, “We will no longer tolerate such abuse. We will not allow our workers to be victimized, our companies to be cheated, and our wealth to be plundered and transferred.”