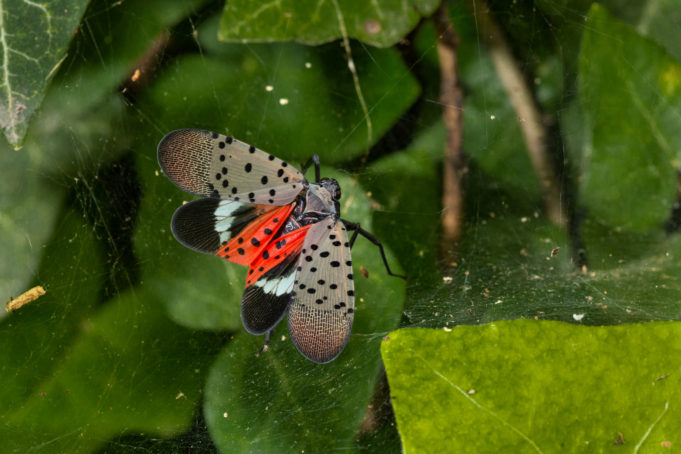 In the upcoming Christmas holiday season, Virginians may be unaware of welcoming an unwanted pest into their homes that has the potential to lay waste to vegetation. An invasive insect species native to the far-east nations of China, India, and Vietnam, the spotted lanternfly, was found earlier this year near Winchester, Virginia in Frederick County farmland that has the ability impact grapes, peaches, hops, and a variety of over 70 other crops.

While the spotted lanternfly (Lycorma delicatula) is not known as being a harm to humans, the pests raises concerns as the insects may lay their eggs on Christmas trees which could then hatch inside homes. Freshly laid eggs “have a grey mud-like covering which can take on a dry cracked appearance over time,” the Pennsylvania Department of Agriculture said, a second state that is facing a widespread infestation of the invasive species.

The adult spotted lanternfly resembles a colorful moth and shows light-brown, grayish wings with black spots over its body. When the wings are open, yellow and red patches are exposed. Adult insects are approximately one inch long and about a half an inch wide.

“The insect causes damage to plants because of its method of feeding, the rapid buildup of large populations and the production of honeydew, a by-product of their feeding activity that serves as a medium for fungal growth. [Spotted lanternfly] can also be a nuisance pest to homeowners when found in large numbers,” the Virginia Department of Agriculture and Consumer Services (VDACS) said in a statement when the species was first detected. 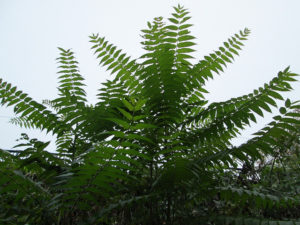 Officials from VDACS said the first U.S. detection of the insects occurred in 2014 at a Pennsylvania business that imports stone products. Stone products from that business went to a site located in Winchester. Inspectors had been monitoring the Winchester site since 2015 with no positive detections until a routine follow up survey in January when they found spotted lanternflies on Ailanthus trees located on the property.