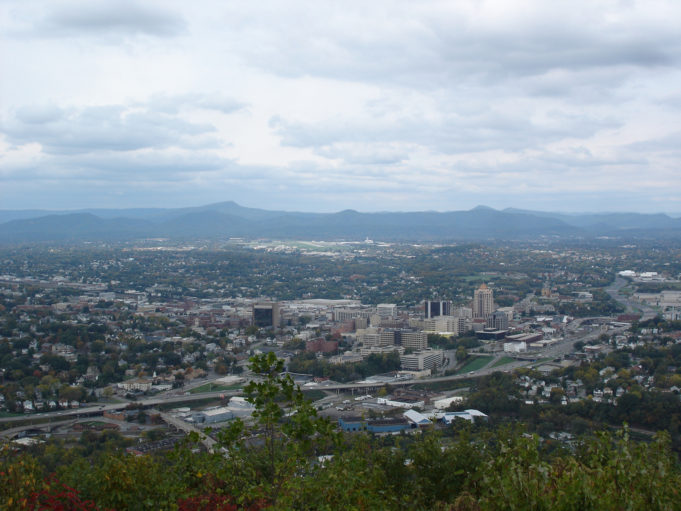 On November 6, residents in the greater Roanoke area will choose a new state legislator to represent them in the Virginia House of Delegates as Greg Habeeb, who was elected into the statehouse in 2011, has retired. At a candidates forum sponsored by the Roanoke Regional Chamber, Republican Joe McNamara and Democrat Carter Turner went head to head on the topics of economic development, transportation, and healthcare.

McNamara, who has served for almost 20 years on the Roanoke County Board of supervisors, said that he will use his business acumen to legislate in Richmond.  He said that government has limitations in what it can do and what it should in interfering with the lives of people and businesses, with the budget playing a top role in that notion.

“You can’t promise solutions to everything with a finite set of resources,” McNamara said at the candidates forum on Wednesday, according to The Roanoke Times.

Turner responded, “Government doesn’t have to be involved in everything, but things it should be involved in, it ought to do effectively.” The Democratic candidate, who is the associate director of advancement at Radford University, added, “Strong government can help businesses, it can help stabilize communities.”

On the topic of healthcare, McNamara wants to bring his experience in managing budgets to the statehouse, which he has done as a local elected official, as well as with two ice cream shops he owns. As a business owner, he said healthcare is one of the top issues that businesses talk about.

The Republican candidate said increases in spending on healthcare has directed funding away from vital areas such as education and agriculture. Currently, Medicaid spending comprises almost one-quarter of Virginia’s budget after the program was expanded earlier this year. Furthermore, a federal regulatory crackdown on Medicaid support for two state geriatric mental hospitals could cost Virginia more than $200 million.

“We’re draining our critical and important revenue sources by expanding an entitlement, and continuing to enlarge Obamacare in Virginia,” McNamara said.

Turner has stated that he has made Interstate 81 the top issue of his campaign because of the safety issues surrounding trucking traffic and crashes along the corridor. He said there are numerous ways to make improvements such as adding a third lane and adjusting on and off ramps. To pay for it, Turner proposes vying for federal grants, tolls for commercial vehicles, or a tax on diesel fuel.

McNamara said “we’re in a dream world” to think the entire 325-mile-long highway in Virginia could be three lanes. He said improvements along the interstate can be made through legislators, regional leaders, and the transportation board working together. He expressed the efforts he and Delegate Ben Cline (R-Rockbridge) have been working on to get a third lane funded between Exit 140 and 141 in Roanoke County.

Cline, who is running for Congress, was also in attendance at the forum, and said I-81 is the “economic backbone of the 6th Congressional District.” He said some improvements have been made along the corridor, such as widened lanes in Rockbridge County that have helped reduce bottle-necking. Though, he relayed that “we have outgrown our current I-81.”

“The federal government needs to contribute a fair share to improve I-81,” he said.

Turner said money can be dedicated to improving the interstate through the windfall of $250 million to $300 million in annual state revenue that is to come to the Commonwealth via the U.S. Supreme Court’s decision to allow for states to collect sales taxes from internet retailers. McNamara said legislators needs to weigh the needs first before earmarking revenues.

Nevertheless, the two candidates did agree on a few things. They said the opioid crisis could be better mitigated by empowerment at the local level where services are provided. Both candidates also said there needs to be improved relationships between K-12 schools, community colleges, workforce training programs, and employers to boost economic development.