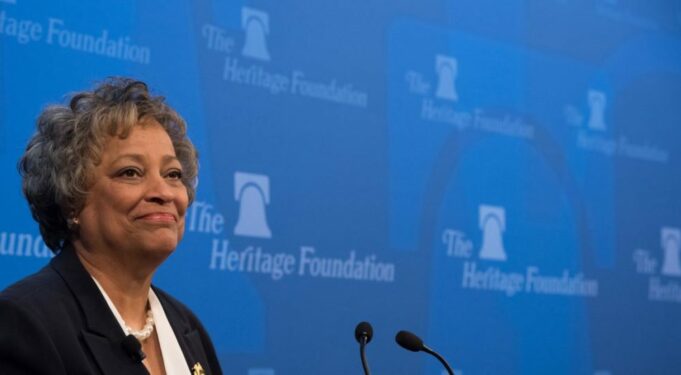 Kay Coles James — a native Virginian and president of the Heritage Foundation — writes in the Washington Times about the core principles that define the conservative movement:

Since principles are meant to represent our highest ideals and should be based on fundamental truths, they should mostly be unchanging.

While good conservatives may have differing viewpoints about some aspects of conservatism, there are certain fundamental principles where we must remain resolute. In fact, at The Heritage Foundation, we call them the True North principles because they represent a fixed direction on which to stay focused, regardless of which ways the forces may be pressuring us.

James goes on to describe “True North” principles that define what conservatism is, including limited government, the primacy of family and individual initiative, and a defense of free enterprise.

One might quibble about the use of the term ‘principle’ instead of values, as principles are abstractions that tend to enforce themselves without much consideration for human freedom (i.e. “low taxes” are great in principle until the Japanese bomb Pearl Harbor).

Still, the core values James expresses here goes to remind folks that conservatism — despite the great debate over what that means in the wake of the French-Ahmari debates over classical liberalism vs. conservatism — has a great deal of substance and cannot be hollowed out from the great Jeffersonian tradition that Virginians gave to the movement by virtue of the Declaration of Independence and the natural law tradition.

Worth your time to read in full.