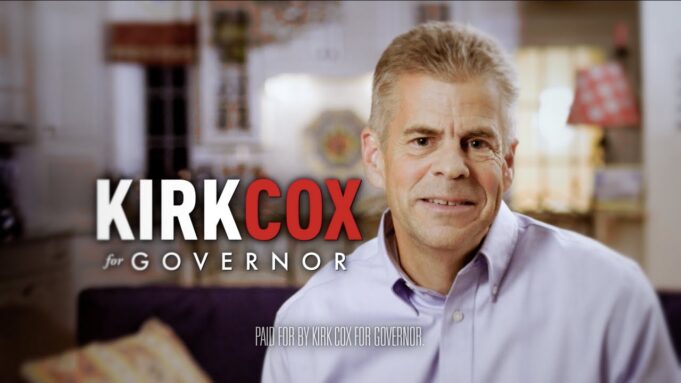 These House of Delegates members, new and old, join former Governor’s George Allen and Bob McDonnell, Congressman Tom Davis, along with many more individuals who are backing Cox.

State Senator Amanda Chase (I-Chesterfield) was the first candidate to announce for the Republican nod, while State Senator Emmett Hanger (R-Mount Solon) is widely rumored to be on the verge of announcing in the next few weeks.  Former FERC chairman Neil Chatterjee, who had started a page exploring a gubernatorial bid as early as May 2020, is undecided.

Cox’s newest endorsees had the following to say about their top pick for the gubernatorial Republican nomination:

“Kirk Cox built a majority and held back the far-left for two decades. Now, he gives Republicans the best chance of taking back the majority in the House and winning back the governor’s mansion. Kirk is a fearless leader and someone conservatives can count on to do the right thing, no matter the circumstances.”

“Kirk is a proven conservative leader who can bring us all together as we fight to end the policies that are hurting families and small businesses and making us less safe. I’m proud to endorse him for Governor to lead Virginia forward.”

“Kirk encouraged me to run for office because he wants our party to be more reflective of the demographics of our Commonwealth.  He has worked hard to support women running for office who have a desire to serve their communities. Kirk isn’t afraid of different perspectives but welcomes diversity of opinion as part of strong public policy making. The Republican Party will grow and flourish under Kirk’s leadership.”

Legislators seem to be plunking down pretty hard for Cox’s campaign for governor.  But they aren’t the only one’s doing so — Las Vegas seems to have odds on Cox as well. 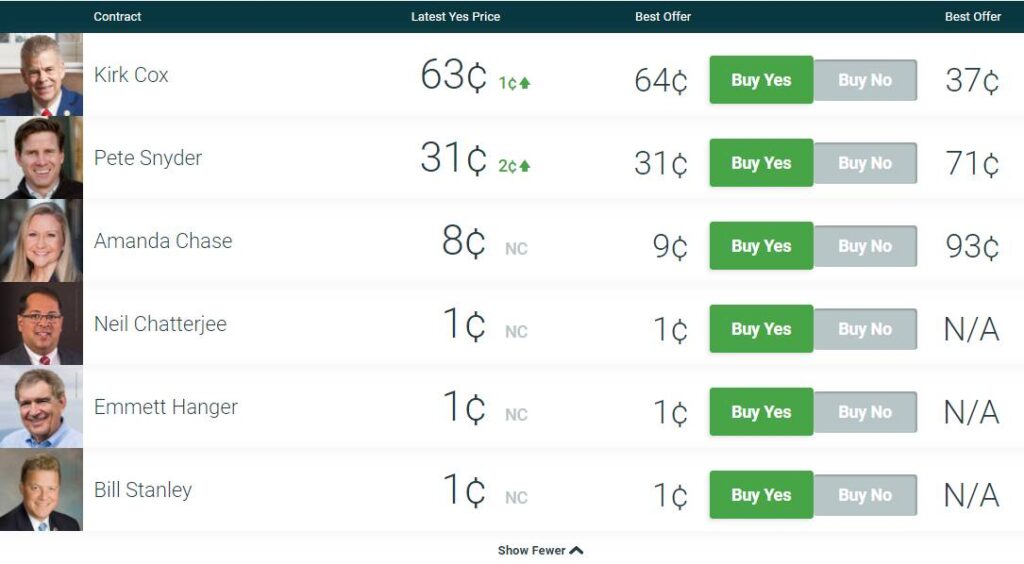 State Senator Bill Stanley — a conservative favorite — is not considered to be in the hunt for the GOP nod for governor.

Endorsements typically do not swing elections, but they are a good indicator that the machinery of the Republican Party in Virginia is lining up behind Cox’s campaign.

Of course, things are very early.  With Chase’s pending announcement on Monday — she has threatened before to run under the new Patriot Party mantle — and the introduction of Snyder and Youngkin as two potential heavyweights — things could change quickly.

Moreover, the primary/convention contest still remaining undecided for Republicans, there is the additional question of Emmett Hanger’s introduction to the field.  Virginia’s Senate Republicans — apart from hammering Chase — have yet to be heard from as of yet.

Then there is the ever enigmatic threat of Denver Riggleman running from the libertarian center against the entire machine depending on who carries the general election.

Nevertheless, despite the entry of more than a few 800lb gorillas into the race, Cox seems to have maintained his frontrunner status — and not to an inconsiderable degree.  Snyder and Youngkin’s entry doesn’t seem to have moved the bookies a great deal (Youngkin hasn’t even entered the lists), but Hanger’s entry could turn this into a four or five way contest very quickly.

If the Buckley Rule is common wisdom, Cox seems to be fulfilling the role at present in the eyes of bookies, elected officials and activists alike.  Clearly at this rate, Cox is the man to beat for the Republican gubernatorial nod.