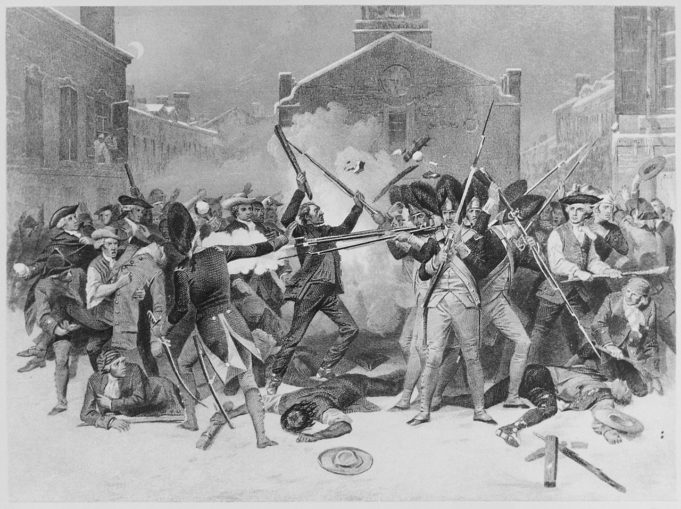 In the aftermath of the terrible tragedy in Las Vegas, the world is anxious to know what motivated the shooter to manifest his depravity in such a horrific display. The specifics of those motives remain unclear, making closure seem out of our grasp, being left to guess as to why this happened, and questioning only what do given that this happened.

It has once again brought the superficial debate of “gun control” to the forefront, dividing both sides of the debate into their respective camps, developing new arguments or refining old arguments to make those points relevant to the issue at hand.

There is a commonality between these two sides – those who seek stricter controls on access to firearms, and those who seek to defend what they see as a Constitutional right to self-regulate the possession of those firearm. The commonality lies at the very root of our human nature, and that is to take active measures to preserve what is dear to us.

The philosophers of natural law almost all agreed that the fundamental right and motive of all persons is to preserve one’s own existence. It is from this right that other controls over society are derived (thou shalt not murder), and from which other natural rights are derived (life, liberty, and property).

One doesn’t need to be an adherent to natural law theory to agree with the merits of this proposition, in my opinion; it seems self-evident that we act generally in a way that will enhance our own existence (in order to make it harder to extinguish), or in a way that will improve chances of preserving it. I don’t think that it tells the whole story, though, especially when we hear stories of self-sacrifice that place an individual’s existence in a direct threat in order to protect another’s.

Instead, I propose a more specific formulation for fundamental motives, and that is to protect or preserve what is dearest to us. For some, this absolutely may be their own existence; but for others, it may be a child, a friend, the family reputation, a philosophy or social ideal, or a religious truth.

I think this fundamental motive is true for both sides of the gun control debate, and perhaps it can establish a foundation of commonality that at least allows one to understand the other.

For the vast majority of Americans calling for stricter controls on the possession and sale of firearms, I don’t believe their motives are fundamentally to take away another person’s rights or property. I believe they are sincere in advocating for a way in which they can feel more secure in the preservation of what is dear to them.

For the vast majority of Americans rejecting any further restrictions on the right to bear arms, I don’t believe their motives are fundamentally to infringe upon or threaten the safety and security of others. I believe, likewise, they are sincere in advocating for a means with which they can best preserve what is dear to them.

The issue is certainly an emotionally charged and complex one, but I believe it becomes a little simpler when we understand that fundamentally we are all seeking the best means to preserve our own existence, the existence of those we love, or the ideals we hold. I don’t know what the solution is, but I would hope any proposed solution would recognize that we at least hold this in common.

While I do believe this to be true about our natural fundamental motives, one thing has always bothered me about it, and that is in the final analysis it is a selfish motivation. It is – in the purest sense of the word – an existential motivation that is centered on subjective priorities. Under this formula, each of us defends the preservation of what is dear to us. There may be a veneer of altruism when we seek (genuinely) to make the world or our homes safer for our children, but underneath that is the priority of satisfying our own subjective priorities.

This may be a harsh charge to make. I know I would be offended to be told my motives were selfish if I were genuinely motivated to protect my children more than myself. It’s not my intention to offend anyone personally, but one can’t escape the fact that when our subjective priorities to protect what is valuable to us are invariably and naturally primus locus.

As creatures – that which has been created – this reflects the radical depravity of mankind, and is extended logically and empirically when we see that “everyone does what is right in his own eyes.” Our modern philosophies of relativism and existentialism affirm this motivation as virtuous – not necessarily in the sense that Ayn Rand believed selfishness was itself a virtue, but more subtly in the pursuit of “self worth” as the highest pursuit. To be sure, the existentialists would argue that compassion toward others – even an altruistic or sacrificial compassion – is a significant part of that pursuit, but they don’t deny its ultimate selfish contributive motive toward the subjective value of the self.

But can we at least start by recognizing that each side is sincerely concerned with preserving what is dearest to them, instead of immediately ascribing to them motives of injustice?