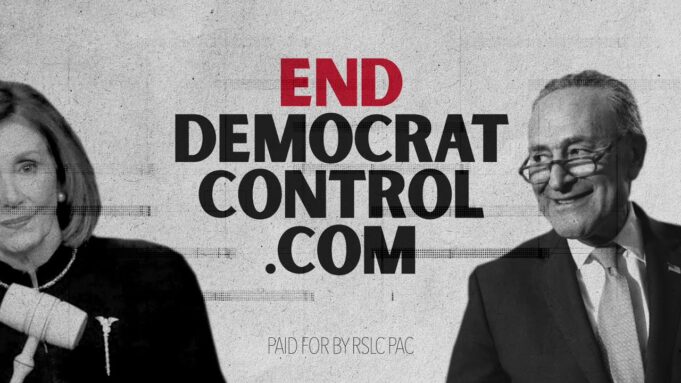 The race for the House of Delegates is on.

Earlier this week, the Republican State Leadership Committee announced their list of targets for the 2021 cycle. And it’s a long one.

“Democrat-run Washington has given us an economic crisis, has politicized our children’s education to please their teachers’ union backers, and has put public safety at risk; Democrat-controlled Richmond has produced the same failed results,” said Dee Duncan, RSLC’s president.

“No matter where Democrats win, the people lose, and it is absolutely critical that we remind voters of that reality ahead of Virginia’s elections this fall,” Duncan said. “While we know the task before us will be a challenge, we are excited about the initial 13 opportunities we have identified throughout the commonwealth to replace extreme liberals who have sold out their constituents to the radical left with commonsense conservatives who will put Virginians first.”

Wendy Gooditis, VA-10 (Northern Virginia)
With a district centered on Leesburg, this might not be the best time to be a Democrat in the Top of Virginia region. See the Loudoun County School Board for more.

Chris Hurst, VA-12 (New River Valley)
Hurst is so far out of step with his district it’s hard to see how he won in the first place. Having voted for every liberal idea flowing out of Northern Virginia in recent years, Hurst will now have to campaign on something other than “Orange Man Bad.”

Dan Helmer, VA-40 (Northern Virginia)
Dan Helmer is his own worst enemy. His bill to ban “military” equipment from local police was so poorly written that it actually banned the most common form of shotgun until Governor Northam rode in to fix it. His hatred of large armored vehicles used for flood rescue is strange, too. He took his disdain for law enforcement so far that he is now endangering citizens.

Schuyler VanValkenburg, VA-72 (Henrico)
You’d think a guy who teaches for a living would understand just how angry parents are that their kids didn’t get a 5-day a week option for school this year. But he didn’t, and as such became the face of closed schools for House Democrats.

Roslyn “Roz” Tyler, VA-75 (Southside)
The last surviving rural Democrat, Roz Tyler has held on by casting the odd vote against her caucus on gun legislation. That ended this cycle when she joined the Democratic assault on law enforcement.

Nancy Guy, VA-83 (Virginia Beach)
Guy won this seat by about two dozen votes in 2019. Without President Trump to drive out Democratic voters, Guy is in a bad way, indeed.

You can read the rest of the targeted races list here. It’s going to be an interesting run to November.