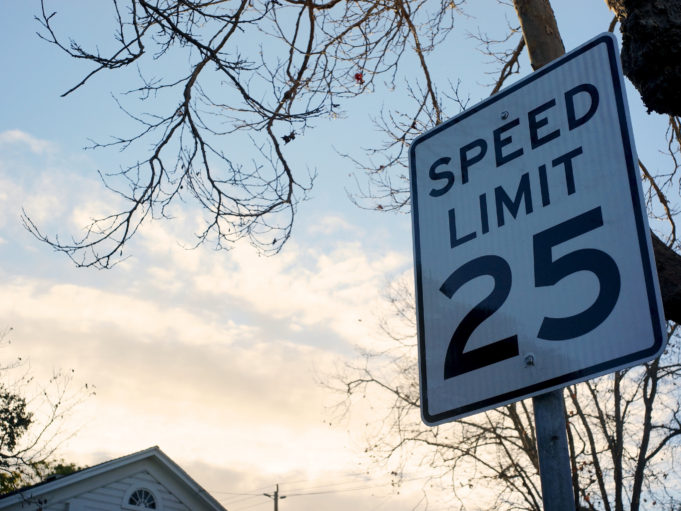 There has big a large public opposition toward speed-monitoring cameras in the United States. Many claim that they are only utilized to raise revenue in localities and do little to enhance public safety on the road. Though, State Senator Creigh Deeds (D-Bath) wishes to use speed cameras to assist counties that do not have the funds or the manpower necessary to enforce speed limits.

Introduced by Deeds, Senate Bill 678 would allow for localities to establish a speed enforcement program utilizing speed cameras that record images of vehicles, “traveling at least 10 miles per hour in excess of the maximum applicable speed limit.” According to the bill, “The penalty imposed for violating applicable speed limits where such violation is established by recorded images produced by a speed monitoring system cannot exceed $50.” The legislation would have allowed for speed cameras to be installed only in residential districts, school zones, and in highway work areas.

“We want to catch speeders, but we don’t have the manpower to do it,” Deeds said. “The laws we write are only as good as the enforcement we give them,” he added.

According to a report from The Virginian-Pilot, the bill failed in the Senate Transportation Committee on a 7-6 party line vote.

In the past, Richmond and Charlottesville have expressed interest in utilizing speed cameras in highly-populated residential zones and in downtown areas. As well, similar legislation has been proposed in previous General Assembly sessions to allow for the installation of speed cameras, but has never been voted through.

Senator Bill DeSteph (R-Virginia Beach) explained to the committee that enforcement of speed limits using speed cameras would be problematic. It would be tough to discern a specific driver that violated a posted speed limit if it were committed in a rented, loaned, or leased car, or a work vehicle.

As well, Senator Bill Carrico (R-Grayson), a former state trooper, claimed the automatic aspect of speed camera for the bill would not allow for the accused driver to face another person to dispute charges, only a speed camera. He also sponsored a bill to improve speed enforcement in work zones, however, with an on-duty officer. As stated in the report, that specific legislation passed the Senate with a 22-18 vote.