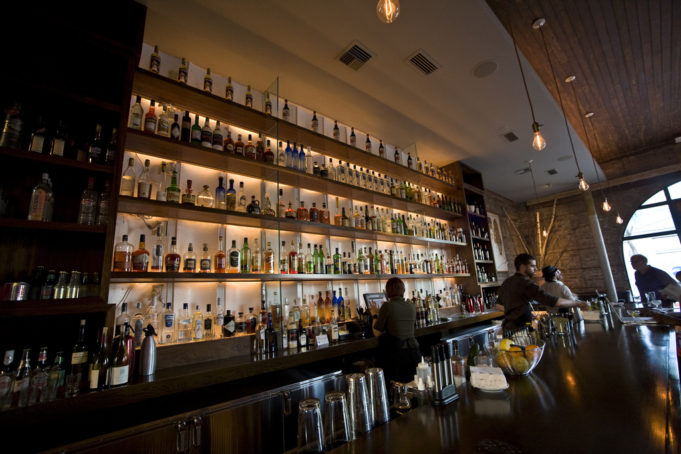 The Virginia Alcohol and Beverage Control Authority (ABC) is now looking to expand its hours and open earlier on Sunday. A bill to be introduced in the 2019 General Assembly session would let some state liquor stores open at 10:00 a.m., before the beginning time of many church services throughout a still-traditional Commonwealth.

Increased revenue from the new hours of operation is planned to be used to boost the sales commission at stores that craft distilleries run on their own premises, according to the Richmond Times-Dispatch. The proposal is meant to generate enough money to offset the estimated $800,000 cost of increasing the commission that ABC pays distilleries to operate stores that generate sizable profits for the state treasury, also enabling them to compete against craft breweries, wineries, and cideries.

Introduced by Delegate Barry Knight (R-Virginia Beach), House Bill 1770 would require ABC “to pay a distiller who operates a government store on the distiller’s licensed premises a commission of not less than 20 percent of the retail price of any goods sold.” Moreover, the bill would allow certain state-regulated stores “to be open on Sundays for the sale of alcoholic beverages after 10:00 a.m.”

Currently, around 45 of Virginia’s 61 licensed distilleries operate retail stores on site, selling their products to the state at wholesale prices before ABC applies a markup that averages 69 percent, and a 20 percent excise tax. The distilleries then sell the bottles at the same price as state-operated stores, but only get back eight percent of the profit as a commission, a $2 handling fee for every case, and their wholesale price, the report states.

Delegate Knight’s bill would raise the commission to 20 percent of the retail price, leading to more profitable on-site bottle sales, with the cost to the state offset by the expanded Sunday hours at over 200 stores. The move could also bring in more money for the state after the $182.8 million in profit that ABC returned to Virginia after the last year’s sales.

The Republican-led bill, however, does not have blessings from everyone.

Remarking that he is just not ready for ABC sales on Sunday mornings, Chairman of the House Appropriations Committee Chris Jones (R-Suffolk) said this week the bill “is something I am personally not in favor of.”

Regardless, the Republican leader willing to consider an increase in commission payments the state pays to distillers, but he is concerned that the proposed 20 percent commission is “too generous” for alcohol sales.

We’re willing to give them some,” he added.