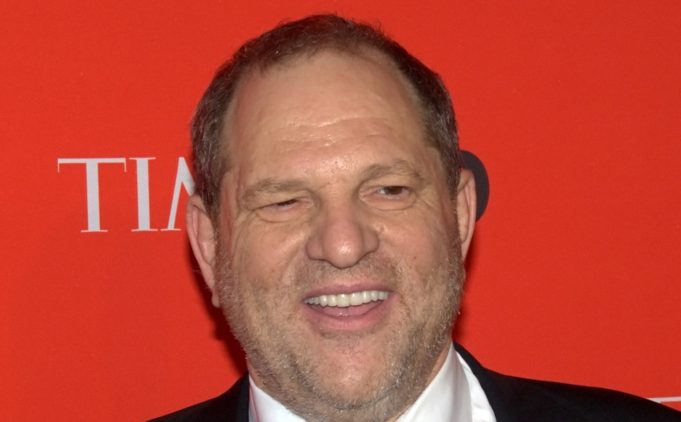 If 2017 supported any theory of human nature it undoubtedly once again furthered the proposition that mankind is basically evil. With all the allegations of collusion, political conspiracy, mass murder, sexual predation, racial prejudice and bigotry, libel and slander, dishonest journalism, treason, and dark-state mutiny, the doctrines of human depravity held throughout orthodox Christian history have once again been vindicated.

As a parenthesis I will note that the formulation “basically evil” is important – as it is for synonymic relatives “radical corruption” and “total depravity”. The phrases are meant to imply there is a foundational or fundamental wickedness that affects every aspect of being thereafter. Man is at his base evil; at his root he is corrupt; and the totality of his being is affected by depravity.  (“Total depravity” is not meant to imply that man is as utterly depraved as is theoretically possible, only that the totality of our being is in some fashion or measure affected by the want of complete and perfect goodness.)

In our generational hubris, we pretend that we are better than those before us – that a sort of moral evolution is taking place, allowing our species to draw closer to ethical perfection. But this can only be true if the concept of morality is approached from the subjective, if we determine for ourselves what consists of keeping and transgressing the moral law. But then again, that would be no law – no law in the same sense as the laws of physics or logic – because subjectivity is the ficklest of judges.

From the standpoint of a moral objectivist – that there is an ontological moral law imposed upon this universe, outside and transcendent of ourselves – the opposite conclusion is drawn; not that we are getting progressively worse, but that progress of our moral essence in our natural state is outside of our human capacity whatsoever; that we continuously violate the objective and created laws of goodness. We violate them because as creatures – that is, that which has been created – we do not serve the interests of that which has created us. We do not recognize our subservience to the creator; to the supreme and sovereign ultimate authority. Rather, we act out of service first and foremost to our own selfish interests. We are slaves to the pursuit of personal gain, and the prevention of personal loss.

We may pretend a façade of altruism, but within the natural state that service is still to our own supposed honor, dignity, or empathy, which service is once again a service unto one’s own self.

Every instance in which we make our selves servants to our own interests, to our own passions, to our own possessions, and to preventing the loss of what is dear to us, we are not recognizing our due service to the supreme legislator of the universe. Every instance of selfishness is an instance of self-glorification, and is in counteraction of the glorification to whom we owe our ultimate existence and essence. It is mutiny and treason on a cosmic scale.

But we rarely hear this today. Even in the post-modern culture of existential evangelicalism, the topic of sin is avoided. Joel Osteen would rather talk about Your Best Life Now, and the Power of I Am (in which he overtly exhorts his congregants to embrace and prioritize their inner “I Am,” and by logical extension elevate themselves above “I AM THAT I AM” – which is, Jehovah. And hundreds of so-called Christian pastors follow-suit, tickling the ears of their congregants with motivational speeches that make them believe their self-worth is increasing; that their natural value is priceless irrespective of their sins; that to Believe In Themselves will somehow add eternal value to their “selves”.

And so we know that this pseudo-institution that claims a moral high ground based on egoistic service is not immune to scandal – to sexual predation, to murder, to fraud and thievery, to wanton avarice. Their philosophy is no better than the world’s because it is no different than the world’s.

This world of existentialism does everything it can to assuage angst and guilt by elevating self-worth above all else. It preaches not only that the creation (or recreation) of the self is not only possible, but it is the highest duty of existence. Of course, this removes the need for accountability to a creator outside of ourselves, since we are our own selves’ creators; and that makes each of us the highest priority, the highest sovereign, the ultimate arbiter of what is right and wrong. We are all in the final analysis a law unto ourselves, accountable only to ourselves.

This is why the events of 2017 did not surprise me whatsoever. As each human being continues to pursue the advancement of his or her own self-worth through the constant process of self-creation, there is bound to be dissonance between competing realities of value.

Are not my desires more valuable, more worthy, than your own? At the very least, they are not less worthy or valuable. Is it not my obligation to advance my self-worth irrespective of your values? Am I not obligated to create my “self” as one I would find noble, without regard to social norms? Is not the virtue of authenticity – to be true to one’s self – the highest virtue one can hold? Then who are you to judge my actions?

It is why we cannot approach the supreme sovereign judge of the universe without the mercy and grace of salvation through Jesus Christ. We are law-breakers; and not just occasionally, but continuous law-breakers at overt and bellicose enmity with our creator. We do not break the law accidentally, but flagrantly, screaming to the cosmic judge our demands that our “selves” shall receive all blessing and glory and honor and power, Amen.

Perhaps deep down we recognize we are in conflict; perhaps this is why the nation is in uproar against powerful men in media and politics exploiting their power to pursue their passions. There is a cognitive dissonance within us that knows it is wrong – despite what we’ve been told about self-authentication all our lives.

But while we recognize and decry the wanton immorality of Hollywood and Times Square, of Washington DC and Wall Street, we ought also to remember that we, too, are radically corrupt, totally depraved, and basically evil. And we are in need of a new nature – a new birth or regeneration – which comes only by grace toward salvation from our due punishment.