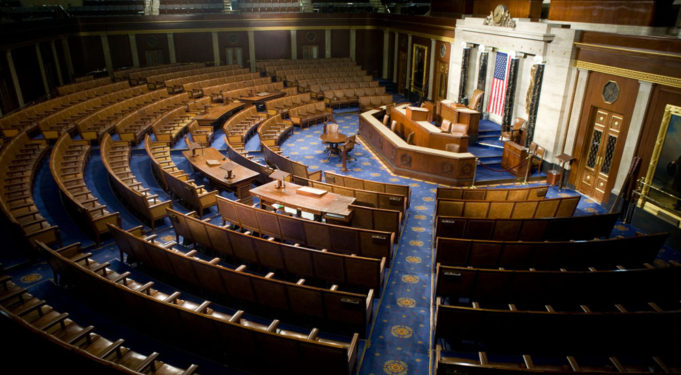 It’s almost as if executive orders aren’t a stable form of immigration policy — isn’t it?

Of course, the very same Obama era problem of ruling and reigning by executive degree is coming back to roost.  Democrats wailed and gnashed their teeth when President Trump withdrew the United States from Obama’s Paris Climate Agreement; they will do so again with DACA.

There are anywhere from an estimated 700-800K undocumented immigrants who fall under DACA, and it is not Trump they should blame for their predicament.  Rather, an Obama administration whose standard for leadership failed to generate consensus within Congress (either while Democrats enjoyed a majority or when Obama faced the prospect of co-operating with Republicans) is to blame entirely.  No mythical double standard should be applied to Trump and the Republicans at this rate.  DACA has been a reality since 2003 — Obama could have fought for a solution, and instead set up a ticking time bomb.

Thus it’s not without hypocrisy that Trump is moving forward on ending DACA.  The middle position of lawlessness that creates what is little more than a Helot class for us American Spartans is in and of itself a betrayal of the American ideal.  We’re a nation of laws, not dreams.

On the flip side, it is well within the power of this Congress to develop a legal solution that ends these grey areas that the Obama administration has seemed bound and determined to create on this and so many other fronts.  Each grey area only undermines our institutions and the American framework.

In this sense, Trump is absolutely correct to bring things to a fine point and leave the discussion where it belongs — with the legislature.

On the part of the Virginia delegation, there are wide and disparate views even within the Virginia Republican delegation.  It might surprise readers to know that there is veritable consensus among those members who have chosen to issue a statement: Brat, Comstock, Goodlatte, and Taylor.

What makes our country great is that we were founded on the rule of law and the balance of power between three branches of government. If we allow DACA to continue, the legislative process simply becomes a pretense. Even President Obama admitted a policy like DACA would be both unwise and unfair. The executive branch cannot selectively choose to nullify laws they disagree with and bypass the lawmaking responsibilities of Congress. Our immigration laws protect our communities and taxpayers and provide a compassionate route to lawful citizenship.

I applaud the decision made by the White House today to restore and respect the laws of our country. Congress needs to take up the role our founders so clearly spelled out in Article I of the Constitution. We should pass legislation that repairs our broken immigration system, enforces our borders, protects American workers and taxpayers, and establishes strong interior enforcement. It is clear the American people want to see Congress enact laws that place the American worker first. It is time we keep our promises.

President Obama’s executive order in 2012 regarding DACA overstepped his constitutional authority and I appreciate that the President has now properly put the authority to pass laws back in the hands of Congress.  We know our immigration system is broken.  The House and Senate along with the administration must now come together and find common ground that leads to bipartisan solutions that not only address the DACA issue, but also our critical border security and enforcement issues.  Many will be tempted to devolve into partisan fights over this, but the President has provided a six month period to work together on these important issues.

Throughout President Obama’s time in office, he used his ‘pen and phone’ to overstep his authority and unilaterally rewrite our nation’s laws. Individuals who were brought to the U.S. illegally by their parents as children are in a very difficult position, but no president has the authority to change the law on his own terms. President Obama’s refusal to enforce our immigration laws and decision to unilaterally create immigration programs encouraged more illegal immigration and contributed to the surge of unaccompanied minors and families seeking to enter the U.S. illegally. His actions were wholly unconstitutional and compromised the integrity of the immigration system and the rule of law.

President Trump has done the right thing by ending this unlawfully-contrived program. In addition to working on immigration enforcement legislation, per the President’s request, I stand ready to work with the Trump Administration and my colleagues in Congress to address this problem the right way: through reasonable legislation passed by Congress, rather than by executive fiat.

While benevolent and well intended, it was illegal for President Obama to create this program; a President does not create laws. Therefore, President Trump is right to put the authority back into the hands of Congress. I believe Congress should create, negotiate, and pass a law protecting those in this stateless limbo, which should contain disincentives to future illegal immigrants from attempting the same and border security measures. There are DACA recipients who are as American as myself. Americans do not punish children for their parents’ sins. Under this Congress and this President we have returned to proper immigration enforcement and significantly reduced border crossings. Now is our time in Congress to lead with justice, mercy, and compassion on this issue.

(1)  President Obama’s 2012 EO was entirely illegal and unconstitutional.
(2)  The authority to fix the problem is now in the hands of Congress.
(3)  …where it belonged in the first place.
(4)  Everyone wants to fix our broken immigration system.
(5)  DACA is a part of that fix.

The limbo that DACA recipients find themselves in at the moment is barely ideal, to be sure.  Yet it’s a problem of Obama’s making — not Trump, nor this Congress.