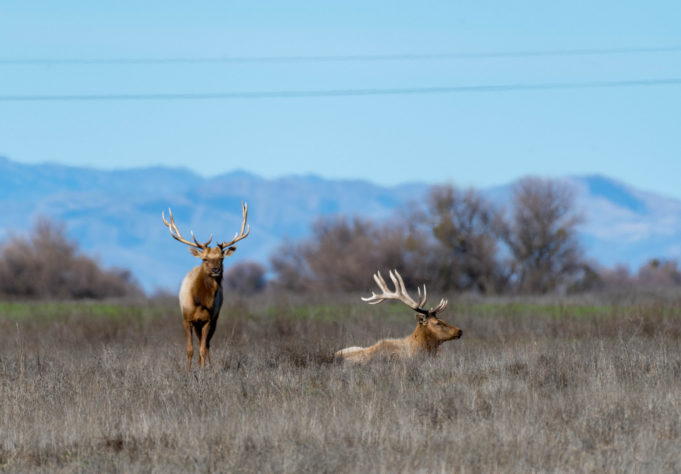 Each year, avid hunters and sportsmen throughout Virginia purchase licenses to bag and tag water fowl, deer, turkeys, bears, squirrels, and all kinds of woodland creatures. However, Virginians who wish or are only able to hunt a few days out of the year can only purchase a standard-issue license, whereas non-residents can buy a shorter-term license for hunting trips.

GOP-led legislation that was passed unanimously in the General Assembly during this year’s 46-day session will now permit residents of the Commonwealth to purchase a shorter term license, just as those that come from outside Virginia can.

Fowler’s bill was signed by the governor last Friday, and has an enactment date of July 1, 2019.

Another bill that was considered during this year’s session in Richmond regarded hunting bigger game that is only seen in one corner of the Commonwealth – elk.

Delegate Will Morefield (R-Tazewell) carried H.B. 2687 this year, which would create a process for GIF to develop a special elk hunting license.

In 2012, a herd of Rocky Mountain elk were released in Southwest Virginia. While game department officials work on growing the population, lawmakers already want to jump on the potential revenue generated by visiting hunters.

The bill was set to drive people who spend thousands of dollars on big game hunts in the western United States into places like Buchanan and Dickenson counties. Promoting tourism in one of the most rural areas of the Commonwealth would help revive an economically languishing area.

While the House passed the bill with an 84-14 vote, the measure was passed indefinitely by the State Senate’s Agriculture, Conservation, and Natural Resources Committee, meaning it could be taken up in next year’s session.