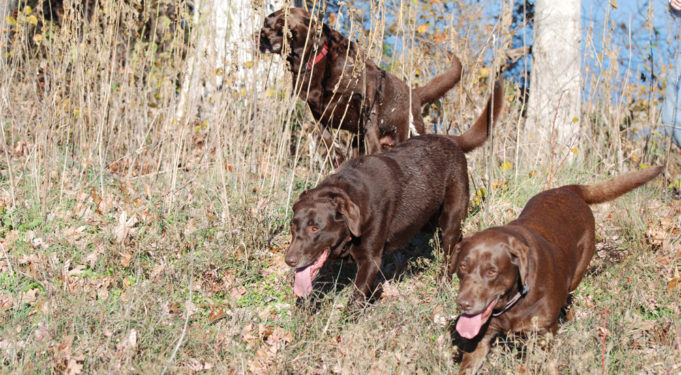 The lawsuit is being led by Jim Medeiros, a private property landowner in rural Virginia, who is suing the Department of Wildlife Resources, which enforces the law, claiming that the law has led to a loss of livestock and poultry while also being a safety and privacy issue for his family.

As explained by Fox News, code § 18.2-136, also known as the “Right to retrieve” allows for hunters to follow their dogs onto “prohibited lands,” according to Virginia Code. No direct consent from the property owner is required as hunters are not required to give notice. As a result, landowners argue that the trespassing categorizes as “uncompensated taking of their land” and a violation of both the state and federal constitutions.

“Government cannot grant hunters access that violates property rights and disturbs the use of it without paying just compensation for the value of the property it has taken in this way – even if that access is in the form of retrieving a hunting dog.”

According to WTOP, a 2016 report prepared by the Virginia Department of Game and Inland Fisheries, (now the Department of Wildlife Resources), said only one other state, Minnesota, had a similar law. Minnesota’s law says a person can enter private land to retrieve a hunting dog without permission of the owner, but cannot have a firearm when doing so and must immediately leave after recovering the dog.

The law itself was first put on the books in 1938, but the tradition of hunting with dogs dates back 400 years to colonial times, said Kirby Burch, a bear hunter who owns eight hunting dogs and is the chief executive officer of the Virginia Hunting Dog Alliance, a political action committee that represents about 90,000 hunters in the state. Burch said most hunters try to be considerate of land owners and quickly retrieve their dogs when they cross onto private property.

“A lot a people who move here from other states are offended by the notion of hunting with dogs so when a dog runs across their property, they’re offended, and I understand that, but I think the vast majority of hunters with dogs try in every way possible to avoid irritating their neighbors,” said Burch, 75, who has been hunting with dogs since he was 5.

The Department of Wildlife Resources declined to comment on the pending litigation.