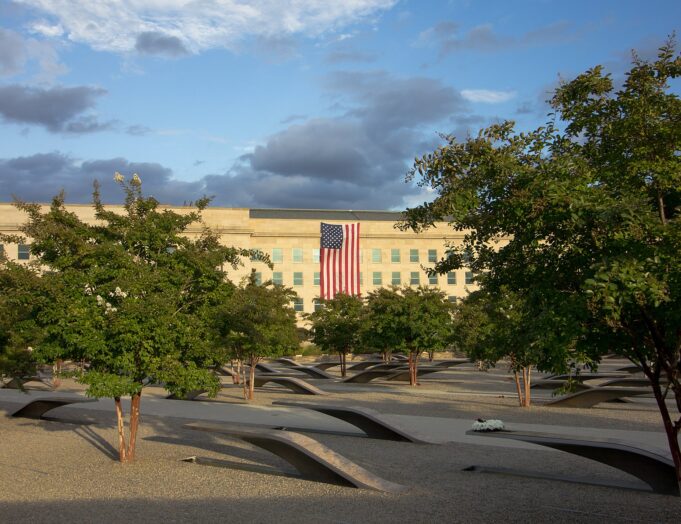 On the 21st anniversary of 9/11, here is what Virginia’s statewide elected officeholders and federal candidates have posted on either Twitter or Facebook commemorating the day.

On the 21st anniversary of 9/11, we remember the 2,977 lives lost. The worst terrorist attack in American history on American soil reminds us that at any moment our freedom and the liberty that we cherish, could be in jeopardy.

May we never forget and may God Bless the United States of America.

Remembering and honoring the nearly 3,000 who died on 9/11 in New York City, the Pentagon, or in a field in Shanksville, Pennsylvania. #neverforget #911memorial pic.twitter.com/XLnASpkZ4f

Today we remember and honor the thousands we lost 21 years ago.

21 years ago, we witnessed one of the most devastating attacks on our nation. Yet, in the face of darkness, our nation rose above all & became stronger.

Let us pause in remembrance of those we’ve lost & pray for our friends, families, & neighbors whose lives changed forever. pic.twitter.com/DfzEjDxJND

I could not leave my station to see the news, but as news began to trickle down to us of the horrific attacks, I couldn’t wrap my head around what had happened until someone said “we are at war.”

We will never forget those innocent lives lost that day and the thousands of soldiers, sailors, airmen, marines and coasties who have given their lives since to protect our freedom. #NeverForget

Twenty-one years ago today our world changed…. I remember I was sitting in the cockpit of an H-3 on base at NAS Oceana when I first heard of the attack on the World Trade Center. pic.twitter.com/H8lVs1UWKf

As we remember, may we also take time to honor the memory of the thousands of innocent civilians who lost their lives and the incredible sacrifice of our first responders who answered the calls to help. #NeverForget

On #September11, our nation came together and showed resilience in the face of terror. We remain dedicated to remembering and honoring the memory of those we lost.

Today I am praying for the lives of those who perished on that fateful day & thinking of their families who had to carry on all these years.

On #September11, our nation came together and showed resilience in the face of terror. 21 years later, we remain dedicated to remembering and honoring the memory of those lost. 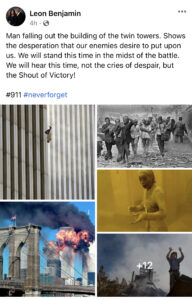 We Will Never Forget. pic.twitter.com/2BU9IX5GI0

We pause to reflect and honor our Servicemembers deployed and made the ultimate sacrifice in defense of our Nation. #NeverForget#NeverAgain pic.twitter.com/ZVYQc5QJcE

21 years ago, our nation was attacked. 2,977 people were killed, families were forever changed, and our country felt the searing agony of collective loss. Amid the devastation were stories of immense bravery, sacrifice, and American resilience. 1/5

The terrorists took innocent lives and rocked our sense of security, but our country showed resilience in the face of attack. In the years since, our country has worked to protect our homeland and allies from horrific terrorist attacks. 3/5

Today, I am thinking of the families who lost loved ones 21 years ago and in the years since, the stories of bravery, and the strength of the American spirit. 5/5

Four steel beams from Ground Zero. Battered, but still standing. Symbolic of the resolve of America & the American Spirit. We must be ever vigilant in the defense of freedom as we remember, honor, & cherish the lives taken from us, including 28 from PWC & the 7th district.❤️🇺🇸 pic.twitter.com/9E553kVDPM

We will never forget. 21 years later it still feels like yesterday. We remember those we lost, now and always, and we honor the sacrifice and courage of so many on and after 9/11. #PatriotDay pic.twitter.com/15g6cSMhhT

A solemn Patriot Day ceremony in Alexandria this morning, as we remember and honor those we lost on 9/11. #NeverForget pic.twitter.com/9zbie73gP2

Let us take a moment to remember and honor those who didn't come home that day.

Let us give thanks to the heroes who risked their lives that day to help and save others.

America, you are beautiful! 🇺🇸 pic.twitter.com/cQXvUrunCU

Few Americans alive at the time can forget when they learned of the terrorist attacks of 9/11. The horror unleashed on innocent people at work, traveling, or otherwise going about their lives still remains fresh. So, too, does the courage of those who risked their lives to help. pic.twitter.com/wtWAV9SFwo 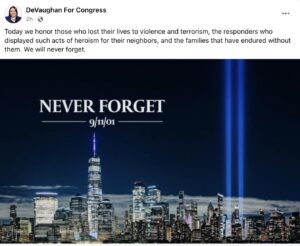 My heart is with the families in #VA10 & across the country who lost loved ones in the horrific #September11th attacks.

Today, just as we did in those dark days 21 years ago, our nation comes together to remember those who were killed & honor the heroism of our first responders.

Just like a phoenix rising from the ashes, metal salvaged from the World Trade Center, Pentagon & United Flight 93 were forged into USS New York, USS Arlington, and USS Somerset. The ships represent the indominable #AmericanSpirit, and today they defend our freedom. #NeverForget pic.twitter.com/v5DPbqIvrP

Today, we remember those we lost in New York City, at the Pentagon in Arlington, and in Shanksville, PA on that clear Tuesday morning 21 years ago.

We will never forget. 🇺🇸