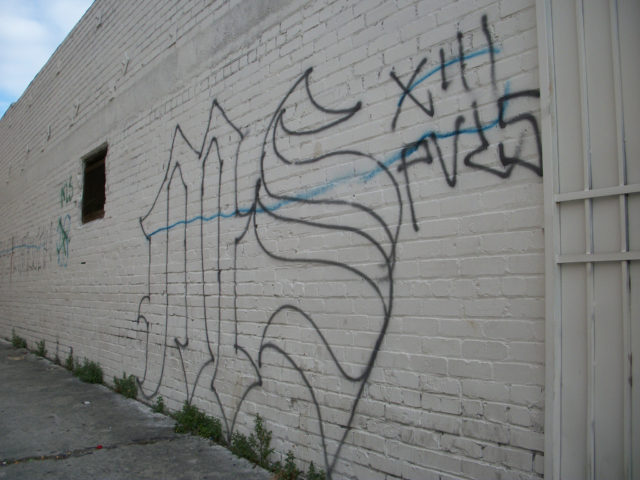 Last week, new legislation that is set to crackdown on criminal gangs in the U.S. was introduced in the Senate, following a measure last year from the House of Representatives. Introduced by Senator Dean Heller (R-NV), the Criminal Alien Gang Removal Act (S.B. 2380) will allow further measures to be utilized in order to protect people from criminal gangs, especially the transnational MS-13 gang. The bill was introduced in the House last year by Republicans Barbara Comstock (VA-10), Raul Labrador (ID-1), Peter King (NY-2), Bob Goodlatte (VA-6), Pete Sessions (TX-32), Lee Zeldin (NY-1), and Jodey Arrington (TX-19). H.R. 3697 passed with a bipartisan vote of 233-175.

The Latin America-based gang MS-13 currently has 10,000 members operating inside the U.S., according to figures from the Department of Justice (DOJ). They are known for their violent criminal activities including drug trafficking, human trafficking, and brutal murders.

According to a press release from the office of Senator Heller, The Criminal Alien Gang Removal Act would prohibit gang members from entering the country, and permit the immediate removal of criminal gang members who already are in the United States. Moreover, the proposal ensures that criminal alien gang members are ineligible for immigration benefits, such as asylum, special immigrant juvenile status, and to be covered by Temporary Protected Status (TPS).

“In Nevada, gang violence has infiltrated our neighborhoods and threatened our communities, and that’s why I introduced the Criminal Alien Gang Member Removal Act. This legislation empowers law enforcement with the tools they need to help protect Nevadans from violent criminals, and it boosts public safety in Nevada and throughout the country by cracking down on gangs,” said Heller. “Our entire immigration system is broken and in need of reform, and this commonsense bill to stop individuals who are affiliated with dangerous gangs, such as MS-13, from entering the United States represents a positive step in the right direction. I am encouraged by the bipartisan support for this bill, and I look forward to working with my Senate colleagues to send it to the President’s desk for his signature.”

The Northern Virginia area has been victim to a large MS-13 presence. In a report from Fox News, a 2015 police intelligence memorandum from Fairfax County stated there were 2,000 gang members representing 80 different gangs in the affluent area, 1,400 of which were affiliated with MS-13. During the same year, the Fairfax County Police Department had 1,722 employees, 1,240 of whom are patrol officers and those in organized crime and gang units.

The Criminal Alien Gang Removal Act will help counter the violence dangerous gangs and groups use to victimize cities, towns, and neighborhoods across the country. In 2017, Attorney General Jeff Sessions designated MS-13 a top priority for the DOJ.

In a press release from Congresswoman Comstock, she described the violent nature of MS-13 in her district. She stated:

“In Northern Virginia there have been at least eight brutal murders tied to the transnational MS-13 gang since last November. That is unacceptable, and this legislation will help get these violent gang members off our streets. MS-13 preys upon and intimidates those who have come to our country to seek a better life. The Criminal Alien Gang Member Removal Act will give important tools to law enforcement like the Northern Virginia Regional Gang Task Force so that they can effectively do their jobs to deport alien gang members. I look forward to working with my colleagues to see this important legislation passed so we are safer as a community, Commonwealth, and nation.”

The Trump Administration strongly supports the new legislation. In a written statement, the White House explained, “Consistent with President Donald J. Trump’s priorities, the bill strengthens law enforcement’s ability to fight transnational criminal gangs, such as MS-13, and counter the violence these dangerous groups bring to communities and neighborhoods across the Nation.”