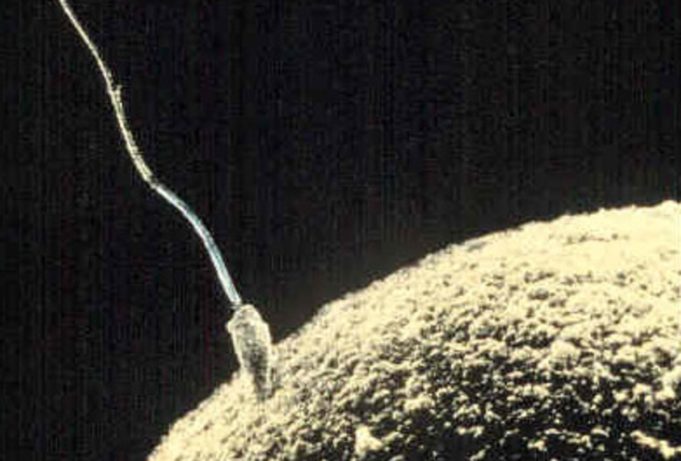 The video’s gone viral, and you can watch it for yourself. Many observers have noted Prof. Harman’s incoherence, her inconsistency, her fallacious reasoning. This is all true. Her argument – that a fetus’s moral value is dependent upon its future – is a horrible one, and Princeton University should be ashamed to validate her claim to be a philosopher.

Furthermore, to extend argument 1 and 2’s claims, Harman implicitly claims the mother may do what she will to an entity that has no moral value.

Firstly, the question of circularity is brought up – James Franco asks, “Isn’t that [moral value] something that can only be determined in hindsight?”

Harman stutters, and acknowledges the argument could be seen as circular – i.e., “abortion is ok if you have an abortion, but it is not ok if no abortion is wanted.” She objects to the circularity, but never escapes the circle.

Instead, she appeals to a kind of fatalism: “The future endows moral status on the fetus…If we allow it to have this future, then we’re allowing it to be the kind of thing that would have moral status. In aborting it, I don’t think you’re depriving it of something it independently has.”

There’s plenty to object to in these opening paragraphs – I won’t focus on those objections here, because many have already done so, and I believe there’s a more sinister underlying mindset that allows Professor Harman to make such outrageous claims.

The argument, for Ms. Harman, revolves around the issue of potentiality. Potentiality is a very important term in philosophy that has serious implications – all the way back to pre-Socratic philosophers such as Heraclitus. Potentiality as a term is usually in opposition to another term, actuality. The question of a person’s potentiality and his actuality are both ontological questions – that is, they have to do with a person’s being (actuality), or his becoming (potentiality).

To be fair to Professor Harman, I will avoid for the most part critiquing directly her statements given on the video, but rather refer to her essay published in Philosophical Studies (2003: Volume 114: pp. 173-198).

Herein, the problem of potentiality slaps Harman in the face – because every embryo theoretically has the potential to become (in ontological terms), a baby human, and therefore an adult human with moral value.

She attempts to solve this problem, by equivocating morality and ethics. For example, she posits as an ethic (objective oughtness) that “Babies have stronger reasons” to be free from harm, but argues only from a moral subjectivity and argumentum ad populum to show that “these reasons are stronger for human babies than for cats.”

In her direct answer to the problem of potentiality, Harman actually argues that cats may have a claim to more moral value than that of babies. “Cats are equally or better able to perceive the world around them, get around the world, experience pain and pleasure, and form emotional bonds with others than babies are.”

Her final solution to the problem lies within the potential to become an existential authentic self (these are not her words, but they are implied). When considering the comparison between harm to an adult human – a state which every embryo has the theoretical potential to achieve – and a cat, the difference for Harman lies in this: “The person’s death harms the person in many ways that the cat’s death does not harm the cat. The person’s future plans and desires about the future are thwarted. The shape of the person’s life is deprived of the opportunity to come to terms with his own death and to say goodbye to his loved ones. None of these harms are suffered by the cat.”

In other words, moral value is obtained inherently upon self-authentication – a pillar of existential philosophy.

It follows for Harman that harm to babies matters more morally than harm to cats (generally) because babies have an increased potential to become a self-authentic being capable of existential determination. She then moves on to her conclusion – which is to finally explain why in the world, if babies have moral value, why don’t embryos?

For Harman, the solution rests on this claim: “The fact that something is capable of undergoing harm is insufficient to ensure that it has moral status.” After all, weeds suffer harm when they are deprived of light, but weeds have no moral value. She distinguishes among harm to all beings, and harm to those beings that have moral value: “A being has moral status at t (a point in time) just in case (i.e., if and only if [iff]) it is ever conscious and is not dead at t.”

In other words, morality is conditioned upon two “if and only ifs”: It is conscious, and it is not dead.

Her solution, an embryo or fetus is not conscious, and therefore has no moral value. The mother may do with this entity as she would a rock or a weed.

There is much more to her reasoning, but I think I must stop here to object.

Nothing in her reasoning rests on being – that is, what is the human embryo or human baby’s essential properties that distinguish it from every other being (like cats)?

But what Harman has explicitly acknowledged in her video is that there is an essential property that distinguishes moral value from moral invalidity – the external objectifying of the embryo by other human beings.

This is not an ontological solution, from my perspective, but it does show that Harman cannot escape the potentiality problem when actuality is considered.

An actual embryo still has essential properties of human-ness – otherwise, the choice to birth that baby is a morally void choice with no consequence.

But what is more terrifying than Harman’s circularity is her subjective assertion of objective moral value on others. In concluding her essay, Harman writes this: “The practice of early abortion does not require even minimal justification, because the pre-conscious fetuses that dies in these abortions do not have a moral status.”

What is wrong with this? First: again, she equivocates morality and ethics; second, she does not define anywhere in her paper what justification is; third, her assertion of pre-consciousness is an unproven assertion; fourth, her definition of moral status is defined only in terms of potentiality, not actuality, and the potentiality defined is her idea of potentiality.

From this contorted sophistry, if accepted as valid, any philosopher may extend this argument to ascribe moral value based on the potentiality they deem is most appropriate to their ends. This is why subjective potentiality is so dangerous, and must always be considered alongside objective actuality.

But to the existentialist like Harman, she is content to objectify a fetus as nothing more than a thing to be done with as the owner chooses – an odd formula for a professed feminist.

The good news is this: The pro-abortion camp is losing the empirical debate on life. This is why people like Harman are now resorting to questions of moral value and status rather than that of life.

The fact of the matter is though, even the tiniest of human embryos has moral value because it has –even in the earliest stages — the essential properties of moral creatures entitled to live their futures.

HANER: A Regulatory Path to Repeal the RGGI Carbon Tax

A New Day for Virginia