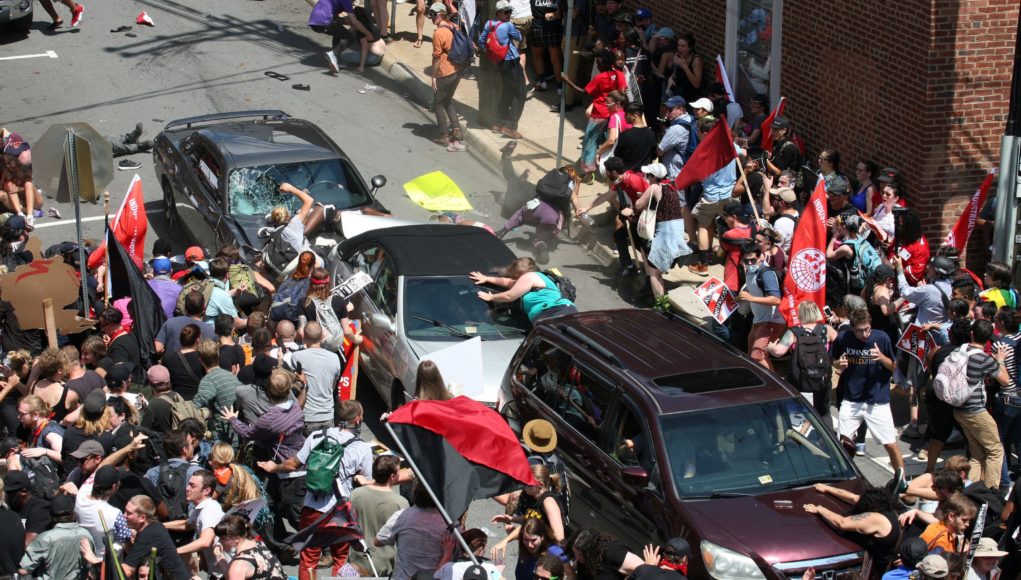 Remi Brague offers the following insight in the August/September 2017 issue of First Things from the Book of Isaiah 44:9-20, where the prophet lampoons the idol maker who builds an idol made of wood then burns the shavings to cook his food.  Interestingly enough, Isaiah says that the wood uses for the idol — not the shavings themselves — are the leftovers (literally she-eriso).

Contrasting this point with faiths outside the Judeo-Christian orbit, Brague offers the insight that the pagan religions of old united both cult and culture; Isaiah making the point that culture is itself a byproduct — the extraneous superfluidity of human action.

Abandon for a moment events in Charlottesville, where concerns about the thread of Western culture seem to permeate both sides of the divide.

The argument of the alt-right (and of traditionalists and identitarians writ large) is as follows:

That is effectively the argument.  Its seduction lies in the first premise: politics follows culture.  It’s a line that Paul Weyrich used to use — a line borrowed from the late Pope St. John Paul the Great.

Christianity was something grafted onto culture, not pushed as a state-held religion.

That culture follows identity is a bit harder to follow, but even the alt-left agrees with the alt-right on this fraction of the argument, as we are seeing in the rise of transgenderism and gender fluidity in certain quarters (or the migraine-inducing eye rolling preface of “Well, as a [fill in the identity that awards you some mystical moral imperative here] I believe that…”

Ethnicity and race is where most folks slam their brakes on hard.  Unfortunately, once you have bit on the logic of A : B and B : C it is not a leap of character to make the deterministic claim that C : D — or make the further claim that A : D which is where the alt-right wants you.

Of course, the alt-left substitutes this racial determinism with an entirely circular logic of its own: Politics follows culture follows identity follows politics, etc. Such is the endgame of most socialist projects in the modern period — there are only so many material goods to go around, and a command economy simply cannot compete with a free market to provide enough mammon to go around.

What Brague offers us as a point of reflection is by way of Pope Benedict XVI, who remarked in a speech entitled “The Roots of European Culture” that the 5th century monastics did not build their Benedictine abbeys with the intent of saving the canon of Western culture.

Within Christianity, there is a severing of religious and culture in a way not found in other pagan religions.  Even the Jewish faith links the two together; the Torah being a way of life.  Islamic shari’ah does likewise, offering a path of right action.  Christianity strips this bare, and it is most of the reason — in Brague’s argument — why Christian culture is almost inherently Roman in character (Greek or Latin).

This is the reason why the Christian Church adopted the forms of its hosts.  Celtic myths, Germanic mores, Arabic and Persian lore and poetry — Christianity was something grafted onto culture, not pushed as a state-held religion.

Thus as Christians, we have a common morality — but not Christian morals; no moral code.  We have a universal code of conduct (to borrow from C.S. Lewis) that is a reflection of the natural law, the Ten Commandments merely being a reminder of what the natural law consists.

Brague then raises the penultimate question:

If we are not building a “Christian culture,” why are we, as people of faith, writing, painting, composing, and otherwise occupying ourselves with cultural matters? Let us go back to the monks. They never imagined their task to be “cultural.” Pope Benedict reminds us of what is well known, but not always understood in its depth: Monks worked and prayed. Their work was grounded in a positive view of labor. This stemmed from a vision of the world as created by a good God, hence as basically good and a fitting arena for human endeavor.

Creativity, as Pope Benedict reflects, in itself gets us nowhere (borrowing from Brague). So we are left in a world where we are told that expression is the highest aim of culture without really reflecting or considering whether what we are about to share is even worth sharing in the first place.  Cat pictures, memes, various editions of the pornographic…

If wisdom is the pause between thought and speech, it is much more than phronesis or mere practicalities, but rather sophia or a divine wisdom that modern culture seeks to root out.

For today’s conservative, our task might very well be said to consist of leaning back into a chair with finger to philtrum muttering the challenge –“Why?”

Brague ends with the observation that Christianity’s task is to make culture possible, not exist as culture itself.  There’s merit to this, and as the extremes of American political culture begin tugging and fraying at the fabric itself in the name of “culture” or “the West” or “whose streets? our streets!” we should consider whether they have any true value of culture to begin with — or whether it is all expression for its own sake in the absence of culture.

If the equation is:

If as postmoderns we have moved away from the baseline of sacred religions, surely we have substituted secular ones.  These secular religions come with their own cultures attached.  As Cass Sunstein has reflected, the “daily me” remains an intensive problem where each political religions wraps their acolytes into a blanket of information.

How does the average liberal and average conservative even have a conversation when they aren’t operating from the same set of facts?  Even in praise, you see it today: “I don’t agree with anything X says, but they are a nice person” so as not to offend the gods, the culture, the fellow acolytes of today’s secular religion.

One of the enduring qualities of the Catholic experience in America is that Catholics really do straddle the political religions — left and right.  Yet they still by and large converse because they speak with the same language: the Catholic Faith.  Deep down are the same values, same thought, same rubric, same prayers, same songs and prayers and sacraments.

Yet if one’s identity doesn’t follow from your faith, then it is very easy to have it follow from something else.  Politics — when they become secular religions in the pursuit of utopia here on earth — fits the bill; ethnicity or race does likewise.

William F. Buckley Jr. used to remark that the task of the modern conservatives was to stand athwart history yelling “STOP!”  For the postmodern conservative, our task might very well be said to consist of leaning back into a chair with finger to philtrum muttering the challenge –“Why?”

Of course, social media doesn’t afford us much time to reflect in such a way.  Yet creating that space between thought and action might very well be the overflowing that allows culture — or what remains of Western culture — to flower in the rhetorical heat of today’s political religions.