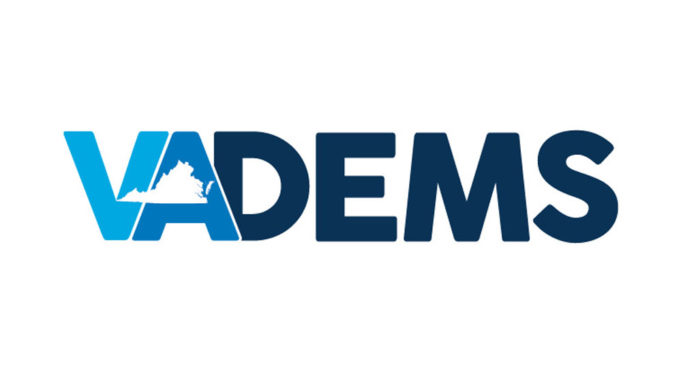 So much for the grand strategy of running dozens of Democratic challengers against Republican House of Delegates incumbents this year.  This morning’s news from the Richmond Times-Dispatch notes that the Democratic challenger to Del. Jackson Miller (R-Prince William) has effectively been cut off:

Democrats swore they were coming for Miller’s House seat next, in a district where Hillary Clinton won 53 percent of the vote in November. The party looked forward “to running an aggressive campaign in the 50th,” Democratic caucus chair Del. Charniele L. Herring, D-Alexandria, said in an April news release.

Six months later, Democratic brass in Richmond are silent about the seat.

What is interesting isn’t the kerfuffle over why Lee Carter has been cut off — according to the article, it is because Carter’s campaign was not producing the metrics necessary to warrant a reinforcement of cash — but rather, why Carter is refusing to co-operate with the Democratic establishment.

You guess it — the pipeline:

The Democratic Party establishment is aligned with Dominion Energy, a regulated monopoly, and supportive of Dominion’s desire to build the Atlantic Coast natural gas pipeline across Virginia. Like their GOP counterparts, the Democrats are recipients of the cash Virginia’s top corporate political contributor pumps into the system, and the Democratic Party of Virginia received $125,000 in 2016, according to the Virginia Public Access Project.

Carter opposes its plan for a natural gas pipeline and opposed its plan for a high-voltage transmission line that was to go through residential neighborhoods in Prince William County; the plan has stalled under local resistance. Environmentalists oppose the pipeline plan, with some questioning whether Atlantic Coast is necessary for Virginia’s power needs.

What is more interesting in the article are the specific reasons why Carter refuses to work with the Democratic Party of Virginia on a tactical level — and there are two tells here:

“That’s something that I look forward to working with them to correct next year as an elected member of the caucus, but from now until Nov. 7, my first priority is winning this race and driving up turnout for statewide candidates like Justin Fairfax.”

Justin Fairfax.  Not Northam… not Herring… but Fairfax.

That plus security lapses means a couple of things.  First, it is now becoming abundantly clear that the progressive split with the liberal faction of the Virginia Democratic Party is open, ruptured, and a bloody mess.  The Northam-Perriello split is now translating into a microcosm of the Hillary-Bernie split, and Justin Fairfax — though he is getting openly shafted now — isn’t being harmed within the Democratic rank and file one iota.

That brings us to point two: Fairfax could very well be on track for the traditional staging point for Democratic statewide candidates — DPVA Chairman.  Much like Mark Warner before him, should the progressive angst against the liberal establishment translate into a transition away from the powers that be and more towards a hyperaggressive, technologically savvy progressive left?  The moribund and regionalized Virginia Democrats could be facing an insurgency not terribly unlike what Republicans faced three years ago.

Nevertheless, the abandonment of Democratic House challengers who were promised the moon and stars and got put out in the cold in return?  These same challengers still have their lists, an activist base, and now motivation to seek change within the Democratic Party of Virginia.

None of this should be met with a celebratory tone among Virginia Republicans.  For as much as we like to tell ourselves that Virginia is a red state that simply hasn’t gotten its act together, a Fairfax-led DPVA would be a monster of an organization — well led and properly motivated to give conservatives a run for their money on issues that matter, rather than a more traditional foe known for salvaging what remains of the old Byrd Machine tactics of command and control.

As it pertains to the Virginia 2017 statewide races, the “Fairfax effect” could be a very real thing two weeks from now if progressives choose to make their impact felt and leave the ballot blank for Northam and Herring.  Better a bad Republican than a bad Democrat, they ask?

…and where have we heard that before?