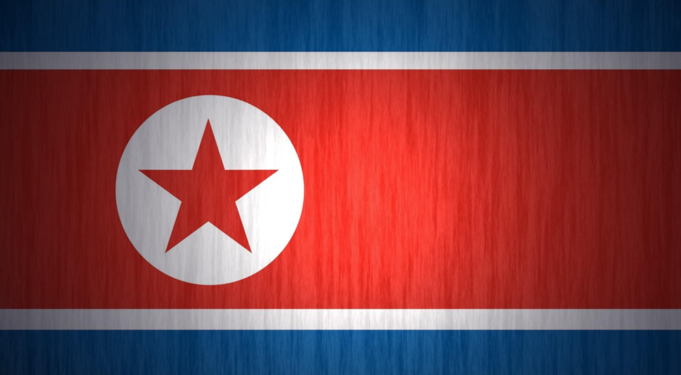 For the first time, North Korea has launched one of its ballistic missiles over the Japanese mainland, sending stocks south this morning as American and Chinese diplomats attempt to reach some sort of accommodation while relations — and the possibility of stiff sanctions against China — continue to sour.

From the Associated Press:

South Korea’s Joint Chiefs of Staff said the missile traveled around 2,700 kilometers (1,677 miles) and reached a maximum height of 550 kilometers (341 miles) as it traveled over the northern Japanese island of Hokkaido. The distance and type of missile tested seemed designed to show that North Korea can back up a threat to target the U.S. territory of Guam, if it chooses to do so, while also establishing a potentially dangerous precedent that could see future missiles flying over Japan.

Any new test worries Washington and its allies because it presumably puts North Korea a step closer to its goal of an arsenal of nuclear missiles that can reliably target the United States. Tuesday’s test, however, looks especially aggressive to Washington, Seoul and Tokyo.

North Korea is a Chinese client state.  Without its direct help and assistance, the North Korean government would not last long.  Further sanctions on North Korea have only served to isolate the regime, forcing it to be even more aggressive as it blackmails the region for additional aid.

Yet one cannot consider North Korea a purely “rogue state” in the sense that it has no direction from abroad.  It is well within the power of the Chinese government to corral and tame the North Korean government.

To this point, it has refused to do so, knowing that any sanctions against America’s #3 trade partner would jeopardize a near-paralytic economic recovery in the West.

What is to be done?  Tightening sanctions on North Korea and China will only raise the stakes.  As the North Koreans do not seem willing to back down in a game of internationals chicken, that leaves the United States and her allies three options: escalation, limited strikes, or regime change.

The first option only appears to be increasing North Korea’s willingness to step up to a series of red lines in an effort to antagonize the West.  The second has the possibility to delay, but not remove North Korea’s ability to project force.  The third option is perhaps the most unpalatable, as North Korea’s rocket propelled artillery would make Seoul a living nightmare within minutes, sending as many as 5 million North Korean soldiers over the DMZ and effecting a mass casualty rate unsustainable in Western public opinion (even with a limited nuclear strike from the DPNK).

The only option left to President Trump at the moment is to leverage economic pressure on the Chinese government.  Thus far, the Chinese have not seen fit to move based on economic pressure alone, believing Trump to be weak at home and incapable of effecting pressure without the support of mainstream Americans.  Yet China has its own troubles at home, between the recently-defused Dolkam Standoff, longstanding issues over censorship and anonymity online, logistical issues and direct competition against the New Silk Road, and increased unrest in Hong Kong as pro-democracy activists are being persecuted in violation of the 1997 agreement with the United Kingdom to return the fledgling city to the mainland.

In the short-term, there remains a great deal of elasticity between the United States and China, offering the latitude for relations to worsen considerably. North Korea unleashed will continue to test its Hwasong-12 and Rodong variant MRBMs while threatening American military assets at Guam, Okinawa, and even the U.S. mainland itself.

A fourth option remains, one that is rarely tried in diplomatic circles but should be considered in the case of North Korea: flooding the zone.  Rather than tightening sanctions, doing the precise reverse and flooding the North Koreans with cheap, durable, American goods would do to the North Koreans what McDonalds and rock n’ roll did to the former Soviet Union.

True, conditions in North Korea will have to become so precarious that the help would not be seen as cultural co-option.  Yet taking a 20-year approach to “regime change” in North Korea rather than the more violent and immediate effect of a consumptive and destructive war — acclimating North Korea rather than destroying it — would be an option long sought by policy makers in isolated regimes such as Cuba or Zimbabwe, but often denied due to longstanding grievances on both sides.