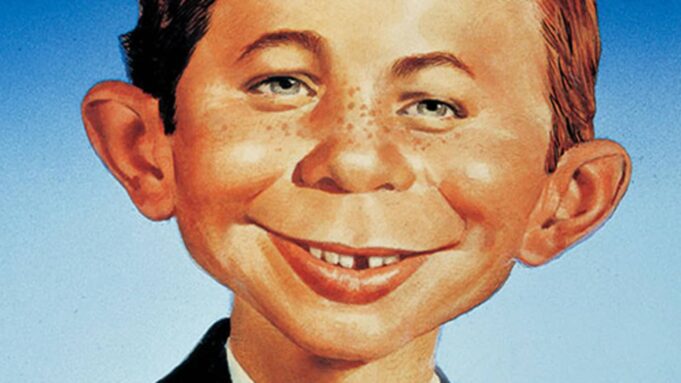 In case you missed it, self-avowed socialist and Prince William Delegate Lee Carter (Д-Манассас) officially announced his bid for the Democratic nomination for Governor in 2021.

The legislator who has actively sought to defund the police, eliminate private health care, dismantle Virginians’ Right to Work, among other terrifying proposals, has his sights set on the Governor’s mansion.

Carter joins an already crowded statewide field, composed of four other candidates. However, while Lee Carter now sits beside a handful of Democrat opponents, he stands rather alone in his radical ideology.

(No seriously, the man is an actual communist.)

Oftentimes, when Republicans raise concerns over the far-left trend of the Democratic party, liberals reply with accusations of over-exaggerating and fear-mongering. Carter’s announcement certainly vindicates these longstanding conservative claims.

While Pelosi and establishment Democrats continue to be dragged leftward by this rapidly growing socialist faction of the party, they have repeatedly denied the existence of this faction altogether. A socialist like Lee Carter declaring his candidacy for the highest office in the Old Dominion personifies what Republicans have been fearing in recent history: that socialism is very much so alive in America.

In Carter’s words, his campaign is devoted to standing up for the “have-nots” across the Commonwealth. This promise, however, serves as a dictionary definition of an oxymoron. Socialist policies, like those promoted by Lee Carter, would not better the lives of Virginia’s “have-nots,” but rather leave everyone “having nothing.” The egalitarian society Carter envisions is hinged on the promotion of equality, but as history tells us, we can indeed expect to be equal — equally worse off.

While Carter may represent the far-left faction of the Virginia Democratic Party, don’t worry: Carter has plenty of comrades on his end of the ideological spectrum.

His most recent proposed legislation is to eliminate Right to Work in Virginia, a long-time staple of the Commonwealth allowing Virginians to work without being compelled to pay union dues. As of today, 7 other House Democrats have emerged as co-patrons for Carter’s bill, which prior to this year was too radical for many Democrats in the General Assembly.

Carter is certainly positioned the furthest left among the other Democratic gubernatorial hopefuls, but his company is not but so distant. Jennifer Carroll-Foy (D-Prince William) is likely furious with Carter’s entry to the race, because suddenly she is not the most progressive candidate in the field — a moniker she held closely.

As for Justin Fairfax, his place in the race seems to exist only as a bomb-thrower, likely because his image has been too damaged by the multiple sexual assault allegations he has faced. We have learned through experience, however, that the #MeToo movement tends to turn a blind eye to non-conservative perpetrators.

Terry McAuliffe and Jennifer McClellan have emerged as the more moderate among the statewide Democrats, but anyone can look moderate alongside Lee Carter and Carroll Foy. Fast-forwarding to the general election, the nominee will be forced to represent the entire party, meaning McAuliffe and McClellan by no means possess the right to ignore Carter’s socialist presence.

Upon Lee Carter’s entry to the race, Kirk Cox (R-Colonial Heights), another gubernatorial hopeful, began the necessary process of holding these statewide Democrats accountable and their feet to the fire:

“Also scary [along with Carter’s announcement] is that not a single Democratic statewide candidate bothered to disavow this, or any of the other extreme policies Lee Carter believes in, like defunding the police and eliminating private healthcare. It’s clear the socialist ideas that Delegate Carter espouses and is building his campaign on are already the mainstream of today’s Democratic Party. All that’s left is to go ahead and give him the keys to the DPVA headquarters.”

Notably, State Senator Amanda Chase (I-Chesterfield) who shares a number of Carter’s policies regarding protectionism has been notably silent about Carter’s entry into the race — which is either a conundrum, coincidence, or collaboration — Comrade’s Choice.

Unfortunately, for both Cox and the rest of Virginians, other Democrats in the party will not have to answer to the socialism Lee Carter espouses — in the same way they never have to answer to… well, anything really.

When the media is on your side, as it is with liberals in Virginia, one has the privilege of avoiding any genuine accountability — representing a free pass for statewide Governor candidates wishing to avoid Carter’s nonsense of a candidacy.