Home News Time To Start Talking About The Democratic Civil War Over The Atlantic... 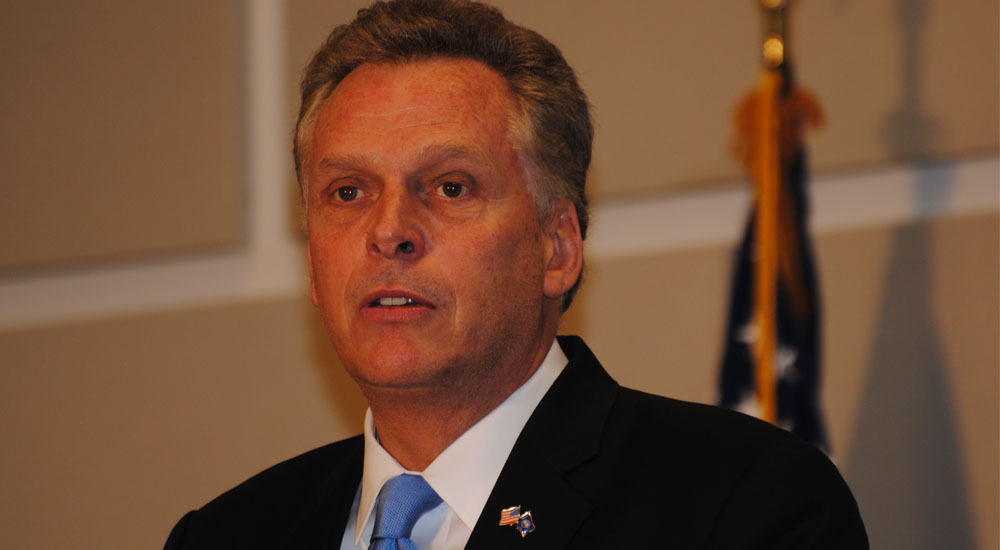 Far be it from me to empathize with the anti-pipeline protesters on the left, but the way the Democratic establishment has been running over top of their concerns about the Atlantic Coast Pipeline has been mindbogglingly obtuse — a heavy-handedness that would provoke an instant rebellion on the right.

In short, we just don’t treat our own that way even during the worst of times (the alt-right and their alt-lite enablers notwithstanding…)

Witness the angst over at Blue Virginia in a piece from guest contributor Jason Rylander finally has dropped the pretense that the Atlantic Coast Pipeline — which at this point is all but happening — doesn’t have the full-throated support of McAuliffe and Northam:

We heard it from Gov. Terry McAuliffe. We heard it repeatedly from Lt. Governor Ralph Northam during his primary campaign against pipeline opponent Tom Perriello. During one of the debates, Northam refused to say whether he was for or against the pipelines, falling back on the notion that his hands are tied: “At the end of the day, FERC, a federal agency will be the one to make the final determination,” he said. “It’s not something that a Governor or a Lt. Governor can make a decision on.” On July 15, Ralph Northam told a group in Charlottesville the same thing, “At the end of the day it’s an interstate project and that means that FERC is going to making the final decisions.” Just a few weeks ago, he told the Faith Alliance for Climate Solutions to focus on FERC, “If there is attention that has to be given to someone that’s gonna make the decision, it should be at the federal level.”

I’ve even heard it from some local delegates and non-elected Democratic party leaders. To a one, the message has been loud and clear: We can’t do anything about the pipelines so you might as well be quiet. After all, we have an election to win.

Yes, we do have an election to win. But this controversy isn’t going away. In fact, the issue is just starting to heat up. And if our political leaders don’t start being a bit more candid, this issue could be the story of the November elections.

Rylander is absolutely correct in his diagnosis, even if we might disagree vehemently about the merits of the Atlantic Coast Pipeline and other clean energy projects that fall in line with the Paris Climate Agreement.  These projects are not only desperately needed; they are costly and require investment.

Rylander is absolutely correct that Virginia has it within its power to stop the Atlantic Coast Pipeline.  Would it be a heavy lift?  Undoubtedly so, as it would upend years of regulatory compliance and political capital.  But as public pressure begins to build, how much longer can Northam and McAuliffe hold out?

It has been noted by no less a luminary than Jeff Schapiro of the Richmond Times-Dispatch that Northam — nominally a moderate Democrat — has been pushed to the left on virtually every other issue of import: taxpayer funding of Planned Parenthood, a repeal of Virginia’s right to work laws, advocating a $15 minimum wage well in excess of the living wage, sweeping workforce development and post-secondary education programs.

None of these stances seems to have mollified the environmentalists.

Worse still, the calculus of the Northam campaign that the pipeline protesters would be limited to Nelson County is dramatically off, as Northam is receiving boos in suburban Fairfax County — typically a Democratic stronghold.  Even the giant For Sale sign in front of the Governor’s Mansion as Northam got $1.1 million from the League of Conservation Voters in exchange for McAuliffe’s opposition to offshore drilling wasn’t missed by casual observers: Northam is in troubled waters.

Northam deserves to be scared.  The heavy-handed approach by Northam’s campaign and by Virginia Democrats in general against their progressive base smacks of the Hillary Clinton-esque theft of the Democratic nomination in 2016 against progressive hero Senator Bernie Sanders.

Of course, far be it from me to provide antidotes to the fever that seems to be gripping Virginia Democrats.  Republicans surely have our own problems.

Yet one cannot help but notice from the right that the progressives are being deliberately screwed by the liberals who are telling the base one thing then doing the precise opposite while in power — a snake oil to which Republicans have become well accustomed.

One thing is for sure.  Papering over the canyon that separates progressives and liberals in Virginia doesn’t do the public discourse any good.

For Democratic leadership to turn to the opposite bench a quick pull of the curtains and a “nothing to see here” on an Atlantic Coast Pipeline most Republicans collectively believe to be critical to Hampton Roads and the Port of Virginia’s success as an international port of call?  Flummoxes those of us on the right who genuinely believe the project to be a win-win-win for all parties concerned.

So let’s have the public debate.  We may disagree on the ends, but in the interests of fair play?  One really can’t help but cry foul over Northam’s rough treatment of the anti-pipeline insurgency in his own ranks.