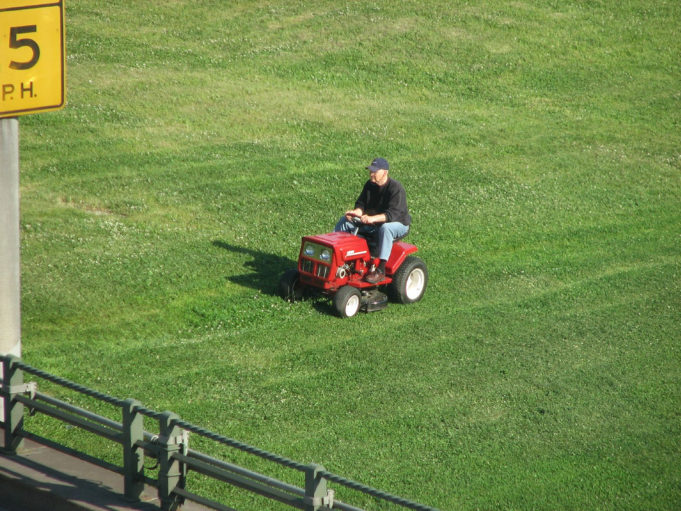 Around Virginia, there are some who enjoy cracking open an ice cold beer before sitting down on a riding lawnmower to keep their grass nice and tidy during the summer heat. As well, some may like to sip on a drink while in their truck in their driveway and listening to music on the radio. However, this, in legal terms, is considered drunk driving.

Though, legislation currently making its way through the General Assembly that is set to put private homes and surrounding land beyond the reach of the long arm of the law. This would mean that getting behind the wheel in one’s own yard or driveway after drinking could finally be legal. However, it is finding harsh opposition in the House of Delegates.

In February, Senate Bill 308 passed the upper chamber by a 37-3 vote. Introduced by Senator Richard Stuart (R-Stafford), the bill would have provided a legal exemption for drink-drive laws to any person driving or operating a motor vehicle on their own residential property or any land they owned attached to the home.

On Friday, the House Courts of Justice Subcommittee blocked the measure, claiming it would be too difficult to draw a clear distinction between someone drinking an alcoholic beverage while listening to the radio in car parked in their driveway and someone who may have just arrived there after driving on public roads. After the failing to find a legal distinction, the subcommittee unanimously voted against the legislation 7-0.

House Majority Leader Todd Gilbert (R-Shenandoah) said the bill raised an interesting issue, according to the Richmond Times-Dispatch, but it was aimed at a problem that may not be solvable.

For those arguing that one should be able to sit in their vehicle in their driveway and have a few drinks, Gilbert said, “Sitting in your driveway with your car running could mean you just got there.”

Currently, state law makes it illegal to “drive or operate” a vehicle while drunk, allowing people to be legally prosecuted whether the car is moving or parked.

Stuart claims he was trying to create a “narrow protection” to ensure that DUI laws, “aren’t not ensnaring people ‘trying to do the right thing’ by not driving drunk on a public street.”

“You know, this is a tough nut,” Stuart told the Courts of Justice subcommittee late last week. “I’m trying to protect the person who moves the car in his driveway.”

The inspiration of the legislation was from a Charlottesville man who emailed Stuart explaining that he got a ride home from a bar after drinking too much, but was prosecuted for DUI after moving a car in a private driveway.

“We are catching people up that we never intended,” Stuart said. “We do value property rights in this state and this country,” he explained.

During the discussion, Gilbert asked Stuart if he would permit someone to drive a four-wheeler around his property at 70 miles per hour while drinking a beer with a child on board. Stuart said the bill would not allow for let people fly around drunk on farms, because the legislative exemption applies only to a residential property’s “curtilage,” or the area immediately surrounding a house.

“I would defy you to go 70 miles per hour in the curtilage of your yard,” Stuart told Gilbert.

Stuart explained that under state law, blood alcohol content (BAC) is a “rebuttable presumption,” meaning questions of intoxication are often resolved in court instead of at the time of the arrest.

“If a police officer witnessed someone moving a car in a driveway with a glass of wine in hand,” Stuart said, “that person could very well register above the limit if they’d had a glass or two beforehand.”

Nevertheless, for Virginians who mix cutting grass with drinking beer, for now at least, they may have to save the fun for after the yardwork is done.